Hot this month are domains for everyone’s taste, from health conscious .FIT to tech-savvy .CLOUD. That’s not all, you’ll look good with .FASHION, get outside with .GARDEN, put the hours in with .WORK or be loud with .LIVE and .STUDIO. 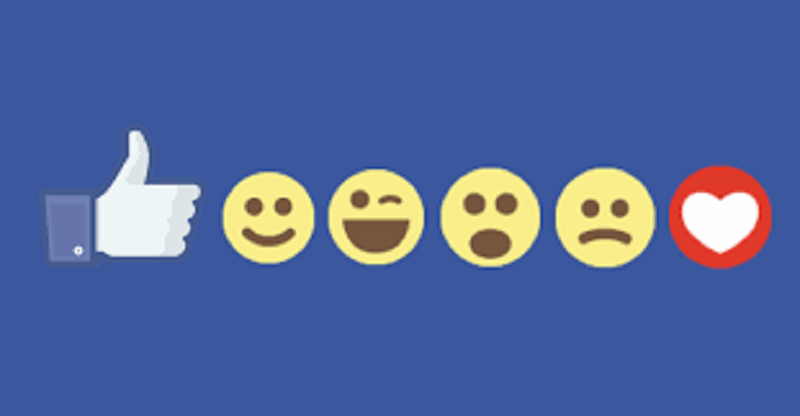 Facebook has now officially added a select group of emoticons to allow users to react to posts – without having to use anything as old fashioned as, you know, actual words.

The social network rolled out “Reactions” – an extension of the “Like” button – worldwide on Wednesday, allowing people to display quick reactions such as sadness, anger and love.

Facebook launched a pilot of “Reactions” – which allowed users to select from seven emotions including “Angry”, “Sad”, “Wow” and “Like” – in Ireland and Spain in October.

The “Yay” emoticon, which was present in the pilot launch, was not seen in Wednesday’s video.

The company will also use “Reactions” to track user behaviour and for ad delivery.

Facebook said that over time it hoped to learn how different “Reactions” should be weighted differently by the Facebook News Feed to customise it for individual users. Facebook said “Reactions” would have the same impact on ad delivery as “Likes”.

Many complained that they could not see the new emoticons, while some were unhappy that Facebook did not launch a “dislike” button. Others expressed concern that the feature would lead to diminished use of language and less interaction.

“Great, now you don’t even have to offer actual words, just a freaking emoji. What’s the point in learning a language at all then?,” Candice Johnson wrote on the social network.

Comments by Facebook chief executive Mark Zuckerberg in September that many took to mean that the social network was working on a “dislike” button set off a debate over whether it would cause cyberbullying.

Twitter replaced its star-shaped “favourite” icon with a heart-shaped icon called “like” in November in an attempt to make its website more engaging, but many users scorned the change.

By: Mary Altaffer
Posted on: http://www.afr.com/technology/social-media/facebook/facebook-launches-reactions-worldwide-to-track-user-behaviour-and-deliver-ads-20160224-gn2yto#ixzz41c9urpOc

Facebook, the technology giant disrupting the traditional media world, is the biggest new spender on television advertising in the United Kingdom.

As a wave of disruption hits publishers and television broadcasters alike, Facebook contributed  £10.8 million ($20.9 million) in ad revenue – the most of the 877 new advertisers or those returning to TV after not spending for at least five years.

The social media network launched a number of TV advertisements in the UK in 2015, including this spot called Friend Request.

Along with fellow disruptors Google and Netflix, Facebook helped lift the total UK advertising market above £5 billion for the first time. According to Nielsen data provided to Thinkbox, the marketing body for commercial TV in the UK, Google, Facebook and Netflix spend more than 60 per cent of their marketing budgets on TV advertising.

Total UK television advertising revenue hit £5.27 billion, up 7.4 per cent, in 2015 – the sixth consecutive year of growth, according to Thinkbox. The spend was driven by a 14 per cent increase in ad revenue from online businesses in television to more than £500 million, which is now the second-largest spending category on TV. The £5 billion figure includes linear TV ads, sponsorships, broadcaster video on-demand and product placement.

“Advertisers of all sizes, from global technology companies to local businesses, know this and have voted with their investment,” Thinkbox chief executive Lindsey Clay said.

“Online businesses in particular recognise the impact TV advertising has and have significantly increased their investment recently. This is something we expect to continue in 2016.”

MCN chief sales and marketing officer Mark Frain said the UK television market was benefiting for a number of reasons.

“One of the fundamental reasons, which continues to underpin their growth, is they all work on a similar trading platform to what MCN has incorporated in Landmark and that’s across subscription TV and free-to-air broadcasters in that market. They’re all aligned from a systems perspective,” Mr Frain told Fairfax Media.

“Secondly, within that market, they’ve also got a trading hub that sits in the middle of the industry. In terms of automation and alignment, everything is coming through in similar formats, delivery is automated at a network end. The UK market has been like that for probably over 10 years.”

Mr Frain said the figures from the UK showed television remained an effective medium for advertisers.

“There’s been plenty of alleged discussion about Facebook and YouTube’s ambition to become part of television. I think, by all in large now, if you look at the ways the agencies are trading, they are becoming part of television,” he said.

“But, I think it’s fascinating that they are investing heavily into linear television to drive their businesses.”

Television in Australia is expected to have another lean year in 2016, but the industry’s investment in digital platforms, such as Plus7, 9Now and tenplay are leading advertisers to forecast up to double-digit growth in ad revenue in 2018, according to Starcom Mediavest’s media futures.

“The announcements and the launches that have happened this year, the announcements last year in terms of Seven and Nine’s move into more automation or greater data capabilities through the digital platforms they’re building – there is no doubt that will pay off for the TV sector moving forward,” Mr Frain.

GroupM chief investment officer Sebastian Rennie said while it was hard to draw comparisons with the UK market, the local television industry was looking to put the right infrastructure in place, such as digital streaming platforms, and hoping the ad revenue would follow.

“I don’t think there’s any questions overall about TV being a powerful medium, it’s just going through some structural shifts at moment,” Mr Rennie said.

“Most of the networks in their upfronts [an event where broadcasters showcased their shows and strategy for the coming year to media buyers and advertisers] talked about investing in their digital platforms as a way of future proofing them.”

By: Max Mason
Posted on: http://www.afr.com/business/media-and-marketing/facebook-the-biggest-new-advertiser-on-british-television-20160224-gn2zds#ixzz41c7maEzP 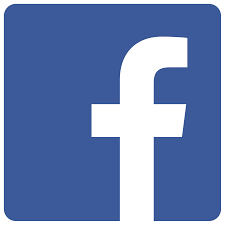 Pretty soon videos will be the main way we will share our lives with each other online, and soon after that it will be 360-degree videos of “whole scenes” so our family and friends can be completely immersed in our lives, from afar.

“Ten or 15 years ago most of what we shared and consumed online was text. Then it was photos, especially since we got smartphones with cameras. And now it’s really becoming video. The mobile networks are fast enough that most people can upload video and have it not be a terrible experience. As the networks get better and better that’s going to be more and more of what you share.

“Over the next few years videos is going to be a huge thing. But that’s not the end of the line. There’s always a more immersive way that you want to share and experience the moments in your life.

“What I think we’re going to get to next, and I think this will happen sooner than we think, is the ability to share whole scenes, not just a little 2D video of something that you care about,” said Mr Zuckerberg, speaking at a keynote address on the first day of the Congress.

Of course, he would say that.

His company spent $US2 billion in 2014, buying the virtual-reality headset company Oculus, which had already partnered with the Korean electronics giant Samsung to make the Gear VR, an attachment for mobile phones that let people watch completely immersive videos.

Here at Mobile World Congress, Samsung just announced a camera for ordinary consumers, the Gear 360, that shoots videos that capture footage in every direction at once, that can be watched in the Gear VR. LG, too, announced a 360-degree camera and a headset capable of watching them.

“Even with just the Gear VR, there have been a million hours of 360 (degree) video that have been watched. On Facebook there are more than a million people who watch 360 videos everyday. So that’s happening,” Mr Zuckerberg said.

By John Davidson
Posted on: http://www.afr.com/technology/facebook-to-make-a-360degree-turn-says-zuckerberg-20160223-gn1h2w#ixzz41c6uJJ2G