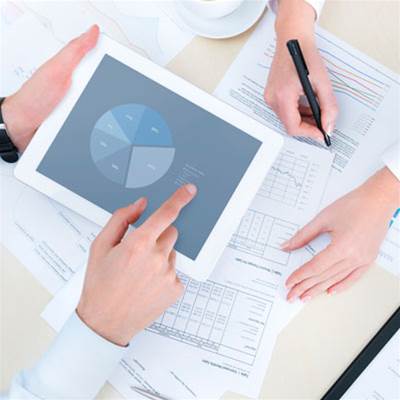 Android remains the dominant ecosystem across the world, but Apple’s iPhone remains the most desirable smartphone in the world.

Kantar Worldpanel ComTech (Communications Technology) measures consumer behaviour about smartphones to gain insights and identify trends. Its 60 country-based consumer panels measure what the sample buys, and what they intend to buy.

Kantar Worldpanel is about what has been bought by its panel of representative people – brands mainly rely on it for marketing strategy development. Other figures from IDC (sell-in) and Gartner (sell-out) show Android globally at around 85-90% and iOS at 10-12% in Q3, 2016. Different methodologies produce different figures and one cannot compare YoY with specific quarters – it is about trends.

“Apple iPhone 7 – The lack of the headphone jack has proved to be a non-issue for US iPhone consumers, as iPhone 7 was the top-selling device in the three months ending October 2016, achieving 10.6% of smartphone sales, despite not being available for the full quarter.

“Apple iPhone 7 Plus is the 4th best-selling device in the US at 5.3% but behind the iPhone 6s and Samsung Galaxy S7/Edge.

“Google achieved 0.5% of smartphone sales in the US, a strong showing given that the Pixel was only widely available from October 20th. In that short time, Google has reached market parity with more established brands like Huawei and Microsoft, who are also at 0.5%.

“Android remains the dominant ecosystem, topping 75% across the globe, except those regions most focused on premium devices (Japan). This is no surprise as Android’s business model provides consumers with a variety of brands and price points.

“It is unlikely that any other OS will ever reach Android’s penetration. But the apparent lopsided market share figures are not a reason for doubting the strength or future of the position held by Apple’s iOS. While Android dominates regarding the raw number of devices, it powers, Apple remains the most desirable smartphone brand in the world.”

Guenveur also commented on the news that Nokia would make a return under Android soon and its impact on other major players.

“Whenever I mention the Nokia brand name, I often hear the response, ‘That was my first cell phone!’ Nostalgia for Nokia handsets runs very high since Nokia took an early market lead at the dawn of the cellular phone industry. The Nokia brand name’s re-emergence will likely have its largest impact in Europe.

“For Samsung, already facing increased competition from Huawei across mainland Europe, this may signal an additional threat, as Nokia’s strength was in the mid- and low-ends of the market, exactly where Samsung is currently losing customers to Huawei.

“And for Huawei, the Nokia-branded products rolling out of the Foxconn factories could create obstacles for its bid to become the second largest smartphone manufacturer in the world.”

FORGET about grabbing that clunky DSLR (digital single-lens reflex) camera. Your iPhone 7 Plus today has just become a much better camera.

Apple has finally launched the Portrait feature that was the highlight of the iPhone 7 announcement last month.

Through software trickery, the Portrait feature recognises the subject in a photo and isolates that by blurring objects that are in the distance.

Although it’s called Portrait mode, you don’t need to be shooting pictures of people to get it to work.

Today we tested it at our desk using a roll of sticky tape, and we now have an arty picture of the sticky tape with the rest of the office blurred in the background.

When you take a picture with Portrait mode, you get two versions of the photo in your camera roll. One has the photo with the depth-of-field effect applied, the other is just a straight out of the lens shot.

REVIEW: Why the iPhone 7 Plus is the phone you really want

There are a couple of catches when using the Portrait mode.

For one, you need the iPhone 7 Plus with the dual lens cameras — it won’t work with the iPhone 7 or any other iPhone. This is a feature that is unique to the 7 Plus phone model and not a part of the general iOS 10 software because it requires the two lenses in the largest iPhone to detect the distance of objects.

When you go to Portrait mode, it automatically switches to the 2x lens. It then tells you if you are too close to the subject with the words “move farther away” appearing on the screen until it’s happy with the distance between you and the subject. The feature will not work in low light.

The feature, although released today, is still in beta. That means Apple will continue to improve it although given it is now part of the latest iOS 10 release Apple considers it stable enough for wide public use.

This is not true depth of field that you get with a wide aperture on a DSLR camera and the software, although very clever, is not perfect.

With our photo of the roll of sticky tape, the soft focus effect was applied to the inside of the roll which, if we had taken the photo with a DSLR, should have been as sharp as the rest of the roll.

To use the feature with your iPhone 7 Plus today, first go to Settings and download the latest software update.

Portrait mode then appears in your camera between the Photo and Square modes.